We bumped into the guys from Boom Skatepark in Upton, West Yorkshire at the recent Moon Jam in Washington. First thing we noticed was their 411VM style logo on a few tee’s dotted around. A few of the local Native crew had recently been down to Upton for their opening event and said it was RAD so we thought we’d get in touch with them and do a small feature about the skatepark on the blog.
Here’s what owner Mark Johnson had to say.

My name is Mark Johnson, I’m the co owner of BOOM skatepark along with my partner Amy Morgan, we run a 100% skater owned built skatepark.
The park has been there for 17 years , it was formally known as ‘Pit Wheels’ and was prominently a BMX park.
But the BMX locals all just about quit, and the scooter boom was over and they stopped coming as much which left the park on its ass, the then owner Ben had just about had enough.
The only thing that was keeping it going was skaters who mainly came just to sesh the miniramp. The main room was pretty sketchy to skate, it had a rough concrete floor and loads of tall spines.

There is a strong skate scene with us lot, and my twin boys at 6 years old are just obsessed with skating, so we got together and had a talk and Amy and I decided to buy the business and give the main room a refurb, rebrand and relaunch the place. 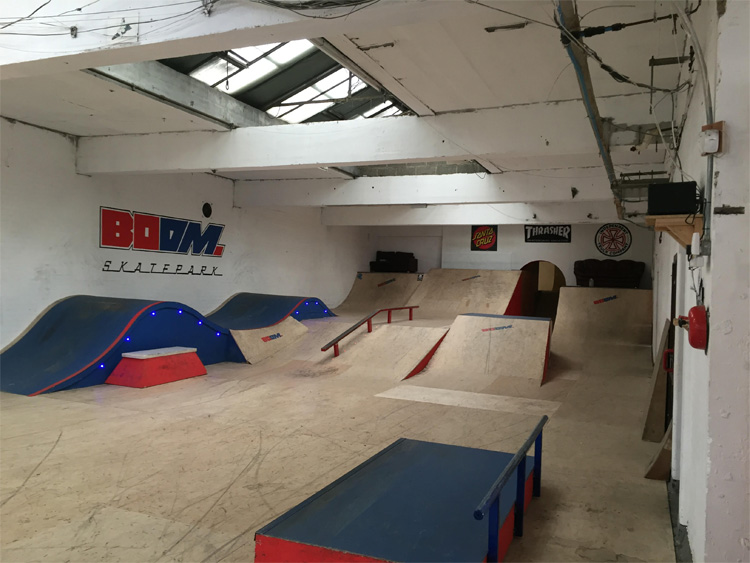 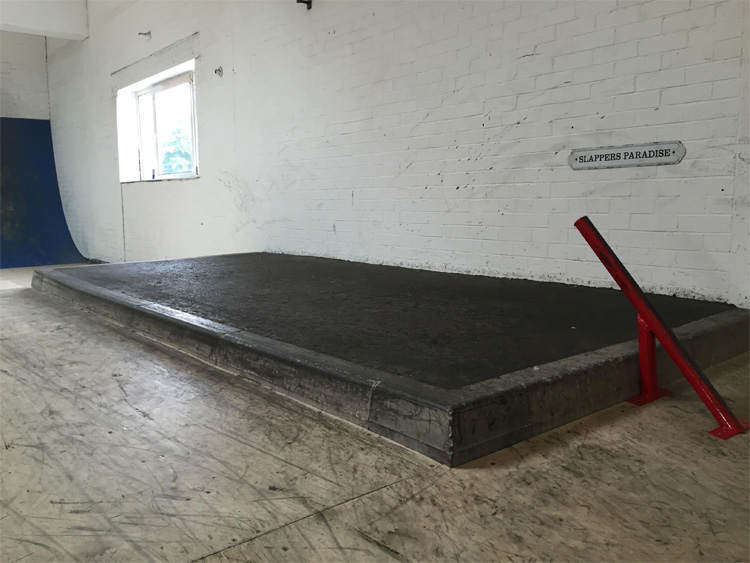 It took 2 solid months of working on a night and weekends, I couldn’t believe the community spirit the park came with, loads of people chipped in and put hours and hours of work in to get the place open.
So thanks to
Rob Beamish
James Tudor
Andrew Stead
My dad Dave Johnson
Wayne Miller
Ched
Big C
Callum n Luke
And everyone else that lent a hand.

The atmosphere in the park is always buzzing, all the locals are spot on.
The main room has been totally rebuilt with an awesome street course. It’s got lots of flow and lines featuring – real concrete/tarmac slappy curb/manny pad, The wave (cheese wedge driveway with a wallride going on at the back of it). Plus all the standard stuff flatbank,rails,driveway, poll jam,quarters etc….
The park also has other rooms with a perfect 4 ft Mini, a 7 ft Midi , a small back room with a Street Course , and an outdoor Vert Ramp.
Opening Times are
4pm – 9pm Weekdays
12pm – 7pm Sat
12pm – 9pm Sun
12pm – 9pm Weekday School Hols
The park can be opened anytime through term time days for private sessions for over 18s only as I only work next door.
We also do over nighters 9pm until 9am for £120 (max 12 people). 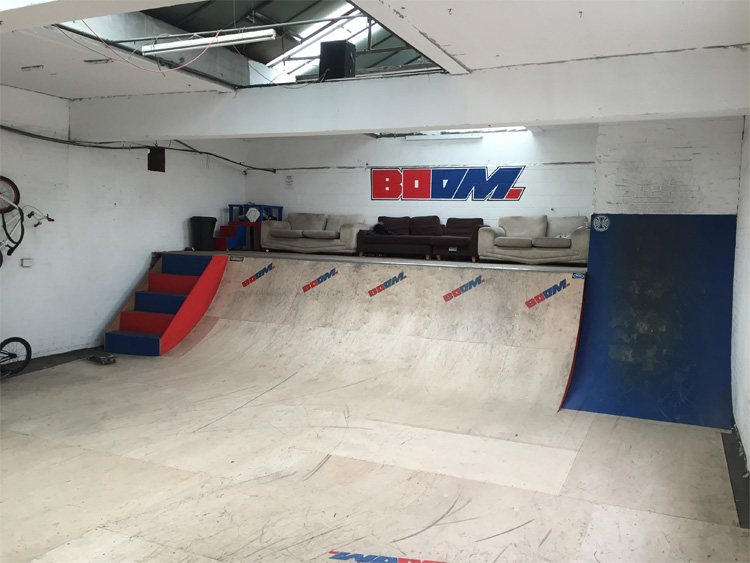 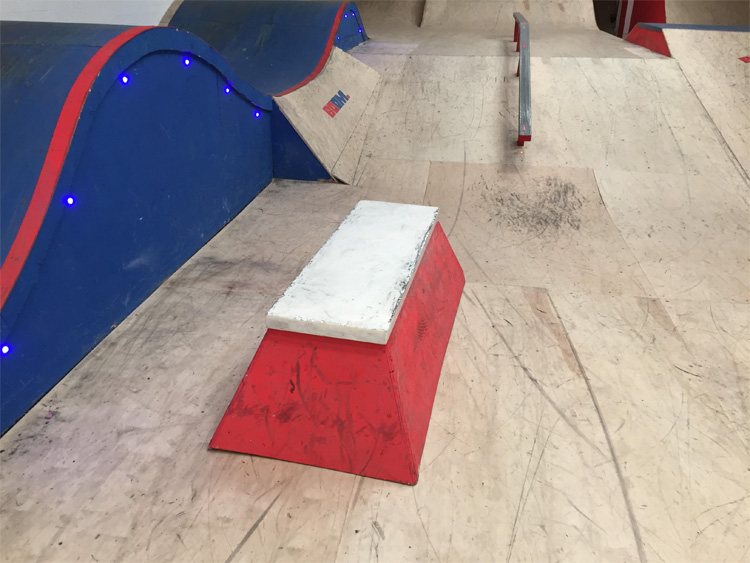 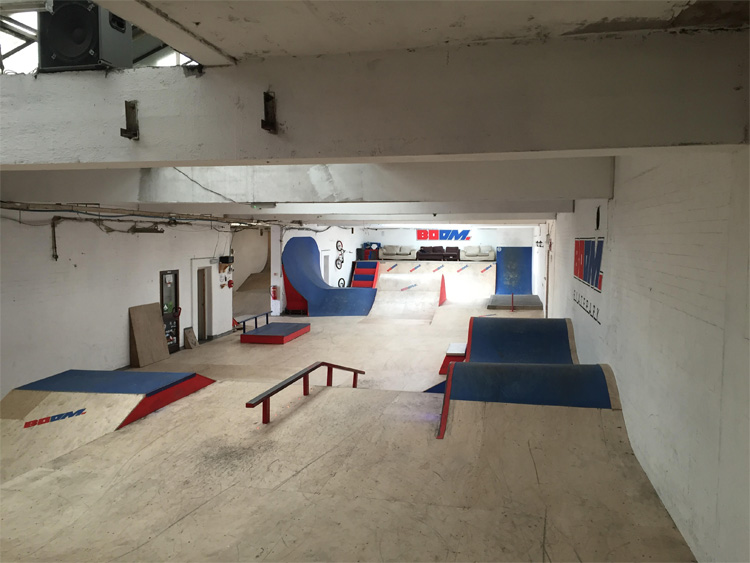 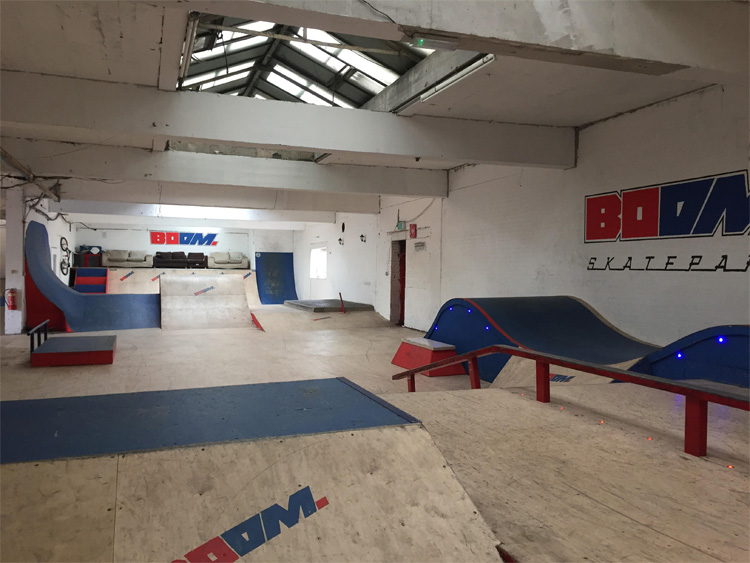 Here’s a short video from their opening Jam.