X
This site uses cookies to provide and improve your shopping experience. If you want to benefit from this improved service, please opt-in. Cookies Page.
Accept Cookies
SUMMER SALE NOW ON! SAVE £££'S
Free Next Day UK Shipping - On All Orders Over £50
10% OFF - USE CODE '10THANKS'

What's your name, Age and where do you live?

Mani Haddon I’m 18 and I live in Tynemouth, just outside Newcastle.

How old were you when you started skateboarding and what do you think first got you into it?

I was about 9. I first got in to skating after watching the Dogtown and the Z Boys documentary.

When did you first get involved with Native? How did you end up riding for the shop team?

First time I ever went to Native my dad took me, it was the first time I had been to a real skateshop. I ended up riding for the shop by just skating a lot and always lurking around the shop.

You always used to be skating the most hammered hand me down decks. Is it nice to be riding fresh boards these days?

Yes, the hammered decks was like my thing for a time. It’s great riding new boards, I can actually skate properly now.

You've had a couple of video parts out in the last year or so. What did you enjoy most about the filming process? Were you working on both at the same time?

The best thing is seeing the finished project and realising being burst all the time is worth it. Yes there were times I was going out with Adam and then Bish the next day to get footage.

Where are some of your favourite places to skate? Do you travel around much?

My all time favourite place to skate is Manchester but I don’t get there very often or anywhere that's not Newcastle.

What do you do when you’re not skating? Are you at college, do you work, or both?

When I’m not skating I’m just chilling. No work or college at the minute, I'm enjoying it while it lasts.

Which skateboarders influence you most? Who in the local area and also further afield.

In the local area The Cougar, Will, Connor and Barry. Further a field I’ll have to say Dylan Rieder and Chima Ferguson are always kiil’n it.

You're part of the internet generation, but are there any full skateboard videos that get you stoked? What's your go-to video before you go and skate?

My go to has to be Mindfield but I can’t watch it anymore as Lewis (Ellenden) still has my copy.

Skateboarders seem to always have many other creative interests. What are you into and what else influences you outside of skateboarding?

Well recently I’ve been getting really into making music and spending hours on Logic.

There's a new edit coming out with this interview but what else are you working on at the moment?

Not much as of right now but Adam is going to be filming for a new video so that's the next project.

BACK TO NATIVE TEAM PAGE 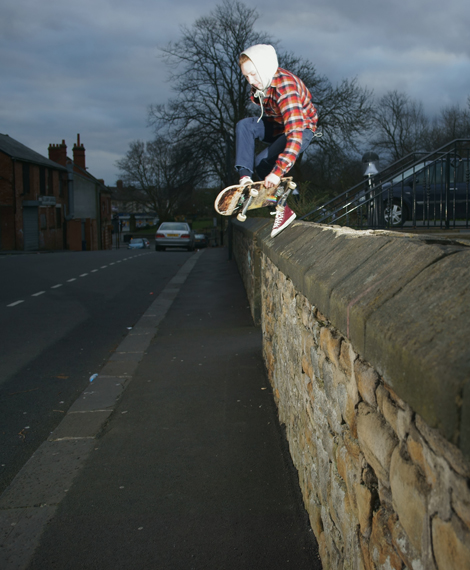 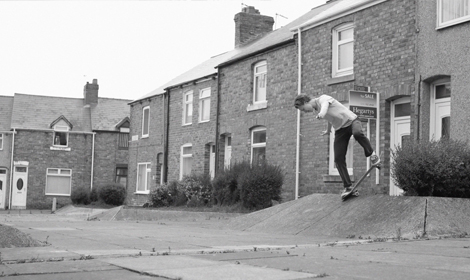 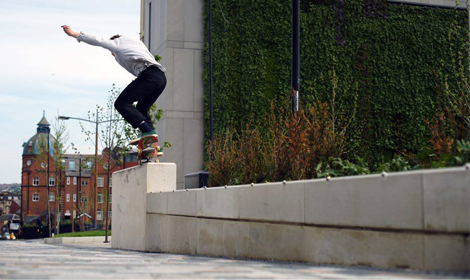