X
This site uses cookies to provide and improve your shopping experience. If you want to benefit from this improved service, please opt-in.
More Info
Accept Cookies
Menu
Interviews

We caught up with Richard ‘French’ Sayer, Owner of Witchcraft Hardware recently to conduct a little interview and basically say what’s up? to the good man. Oh by the way, That’s him over there on the right crowd surfing!

1, What’s your name, age and where do you live?

My names Richard Sayer, but since I was 12 people have called me “French”. I think it has something to do with an Etnies t-shirt I bought in France. I’m 32 and live in Walthamstow, but I’m originally from Aldershot in Hampshire.

2, You’re the owner and am I right in saying Art Director of Witchcraft Hardware? What made you want to start a skateboard company?

Yeah I guess that’s right, it’s kind of more me and Joe Habgood together, and Churchill puts his two pence in once in a while. I pay for everything, I also decide what artwork gets used and made. I started Witchcraft ‘cos I wanted to get an 8.5″ board in the shape and wood that I liked to ride. I thought it might be fun?

3, Witchcraft’s art department seems to be made up of 4 or 5 different artists. Do you tend to work it so that each guy get’s a deck out each season?

Not really. To be honest I usually just ask Paul Parker and the others, like Murdoch Stafford, if they have any ideas or if they want to make something for the next run. I try to give them as much time as possible to work on it. There’s no set group, the only 2 artists that always make work is Paul Parker and myself. Mainly because I won’t ride or wear my own graphics and I always want to ride a board with Paul’s artwork.

4, Do you handle all the Team Manager stuff aswell? Tell us a bit about the team, are they all based in the UK? Or do you have guys further afield?

I don’t really know who handles the team stuff, ‘team’ is a pretty loose term, it’s more of a crew. The team’s not just UK based, it’s all over. The UK team is veterans Marc Churchill and Joe Habgood, Southampton based ripper Tibs, Jamie “Arrghh” Morley,  Mikey Joyce the dude with Dreds from Essex, Max Roton from Kent, Arbel Samsonov representing CRV WKD from Newport and all round bloody nice chap Joxa from Cumbria. In France we have Vincent Coupeau and Romain, in Australia we have Kirill Ouspenski and in New Zealand Morph, and finally in Canada we have  Garrett McNevitt.

5, In the past here at Native we’ve stocked your brand Funeral Fog. Do you still bring out gnarly tshirts and the like on this label? They were always popular here.

Funeral Fog was more a fun project Alan Glass and I worked on since 2002, but I left Alan in charge when I went to Australia for a year and he spent all the money on beer and chicken. That is now more of a one off thing. We make shirts, zines etc, just when one of us has an idea and some cash.  If you wanted we could make you a one off Funeral Fog run of shirts?

6, Over the years I’ve seen your artwork on a number of different skateboard companies boards. What has been your favourite board for another company that you’ve designed?

I think my favourites have been Independent, Creature and Vans, just because I’ve always loved what they do. It was a dream to make work for them, they were so easy and fun to work with. They really just let me draw whatever I wanted.  Also I have Indy pride, I know it’s not the coolest thing these days to be 100% Indy, but I don’t care. I love that brand!! Infact pretty much anything NHS do is awesome. When I was a kid you only rode Indy and wore Vans…well that is what the older skaters drilled into my brain. 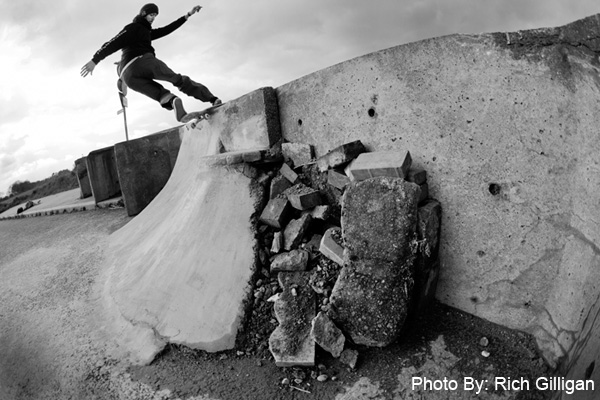 7, A popular wheel that we sell here from Broadcast Wheels is the Hipster Killers which I’m told you designed? How easy is it designing wheel artwork? Guess it’s kind of hard as wheels are so small? Do you have to think more about how it’s gong to fit the wheel? Designing boards you have a bigger canvas to work with?

Yeah I drew that one. I dunno, wheels are a funny thing to design. It’s hard to get your head around the space you have to work with. I think with wheels you just have to work out what is going to work, like how to get around having the hole in the middle and also whether it will look okay that small. Boards aren’t that much easier, as you’re pretty limited to the space and shape, but you can have way more detail and a much bigger image. I think with all illustration for products it’s hard to do and you have to try a load of different ideas. It is a lot of trial and error, you learn more about what fits with what and how to draw and design for products the more varied the products you work with. I think designing for footwear is the hardest. You really have to make artwork to fit the size and shape of a product or else it just becomes a product with ill fitting artwork printed on it.

8, I much prefer OG Screen printed graphics to todays modern heat transfer method? Does Witchcraft ever have any of the boards hand screened?

There’s two types of heat transfer though, digital and screen. We’ve not made any boards directly screened onto the board by hand. There’s not many people that still screen direct onto boards. Lovenskate Stu does it, because he’s a seriously amazing printer. It’s also really expensive. I recently went to the factory where the Witchcraft boards are made and printed. The way they make the transfer is by screening it direct on to a transfer film, they print the colours back to front, so top colour first and so on, then once its all screened onto the film they then heat transfer that onto the board. I don’t know if that’s what you’d call “OG” but it is a form of screen printing and I think the results we get with the printing of our graphics are really good. Perhaps one day Stu and Witchcraft will work together to make some “OG” printed Witchcraft boards.

9, We know you do some artwork for various different musicians, does the music you listen to reflect on the work that you create?

Not really, it is usually more to do with what the client has asked for. For example I just made a shirt for “Pig Destroyer” and they asked for a zombie pop, with snakes for hands and of all his guts coming out. Then on the other hand I  just made an album cover for “Arsis” and they just wanted symetric skulls and bones. It didn’t really come into it what music I was listening to because they knew what they wanted. It’s different if it is personal work, like for an exhibition, I might draw something that relates to the music I’m listening to at the time or even books that I’ve been reading. Pretty much anything that interests you can make a difference on the artwork you create. 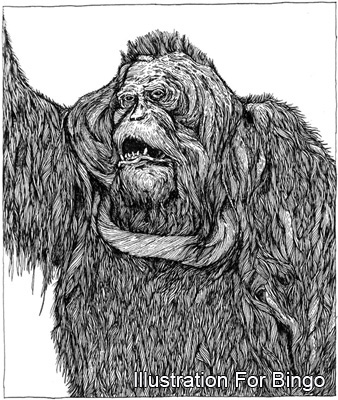 10, Are you working on any interesting projects at the moment?

Yeah I’m working on new stuff for Witchcraft. I have just got back from having an Exhibition in LA where I made loads of products from cassettes, mugs, boards and also Queen size blankets. I’m making a tour poster for Arsis, a shirt for Municipal Waste and making a tour shirt and poster for Revocation. I also have to give a lecture about my work at Bath University on Thursday. Always nice and busy.

Check out this clip from Witchcraft Skateboards